Well, thanks to Henri Gaud, who supplied me with the requisite filters, I have just made my first colour image from three black and white negatives. 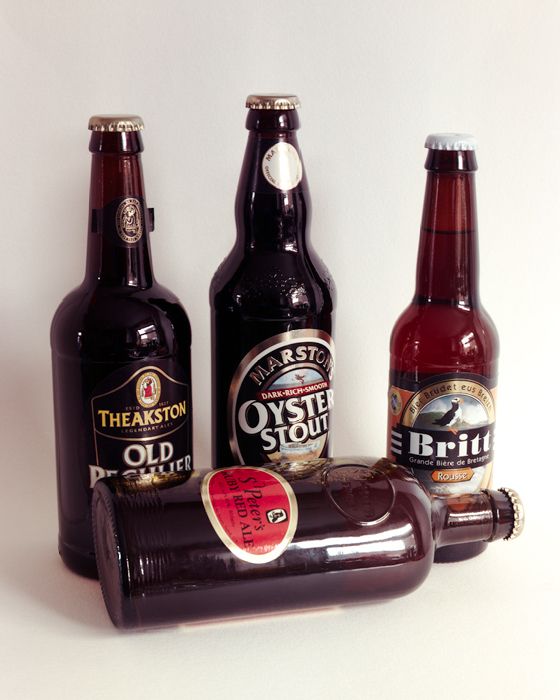 Very impressive - how did you do it?

I'm sure Joanna will fill us all in...but in the meantime...

I was going to ask what the point was, but I guess given the quality of B&W film it should be possible to make some stunning quality colour pictures - if you can overcome the problems of not moving anything during the 3 exposures.

The photos in that wikipedia link are certainly very impressive.
Top

The exposures have to be increased from the measured value by three stops for the red and green filters and four stops for the blue filter.

Once the film is processed, I scanned the images into Photoshop, spotted all three images and then set about combining them into one colour image.

I had also taken a set of shots of a colour chart and had merged them, produced and saved an adjustment curve that neutralised any colour imbalance.

Merging the images starts by converting each one to a colour file and filling the entire image with cyan for the red, magenta for the green and yellow for the blue; all using the "screen" mode.

Next, I created a new blank colour file, the same size as the originals, copied the separate images into it and set the mode of the top two layers to "multiply"; then I aligned the images.

Finally, I added a curve layer, loaded from the curve file I had created from the colour chart.

Oh, and my inspiration comes, not from that Wikipedia article but, from Henri Gaud http://trichromie.free.fr/trichromie/
Reassure yourself - stroke an Ebony
Top

And here is a second shot made at the same time as the beer bottles.

The colours do look very natural in the shots but it does seem like a lot of effort. Have you done comparisons with reversal and neg film? It would be nice to see the same shots on the three diff media alonside to see if the effort is worth it.
Regs, Nigels.
[User of Ebony 45SU + 58, 80, 150 & 270 mm Lenses, and all the essential bits]
"He wears the sweeping landscape in the crystal of his eye."
Top

Nigels wrote:The colours do look very natural in the shots but it does seem like a lot of effort. Have you done comparisons with reversal and neg film? It would be nice to see the same shots on the three diff media alonside to see if the effort is worth it.

Hi Nigel, the reason for using the trichromie process is not to save money but to enjoy using an old process, albeit updated by scanning. The results from trichomie are not always as perfect as these, I obviously have been too good at getting the colour balance and saturation right

One of my aims with familiarising myself with this process is to prepare for an experiment in making images of subjects like the interior of churches or other rooms where the exterior light is very bright when compared with the interior shadow detail. If I can apply the same principles of negative contraction that I would use for pure B&W, I should be able to produce three "full range" colour separations on B&W film which can be combined to form one "HDR" colour image.
Reassure yourself - stroke an Ebony
Top

Straying off topic slightly, I didn't know St Peter's did a red ale. The last time I drank red ale was Tuborg's Rød Øl (Red Beer) at the Royal Danish Airforce's former base at Avnø..... just BEFORE we went flying and looped the loop. Uurgh! It almost ended up on the cockpit window!

The beer has sadly not been made for some years now.

It is an interesting technique and is probably much simpler than the first colour images that were made, through complex processing, back in 1906. I have a book in my loft somewhere on spectroscopy - it explains how to make one (they were not available to buy ready made in those days) and make colour spectrographs on home coated, etc glass plates in an early large format camera. The book was published in 1910.
Love is an Ebony mounted with a Cooke PS945.......
Top

Excellent to see this technique used nowadays - would be keen to see some outdoor photographs as well, see how the colours look.
Top

An similar technique is used for colour astrophotography, from serious amateurs up to the Hubble Space Telescope. A black and white CCD camera is used with filters (red, green and blue for "ordinary" images, narrow band filters for specific wavelengths to show specific elements, such as hydrogen or oxygen in a cloud of gas), which are used to superimpose the colours onto a black and white "luminance" layer. A monochrome CCD allows comparatively greater detail in the image than a colour sensor would give.
www.charlesfennellphotography.com
Top

Sorry to dredge up an old thread, but I came across this today (alerted to its existence via the book of faces) which contains a load of trichromie images from pre-WWI imperial russia - some of them quite remarkable:

Thanks, Dave - there are some *stunning* images there...

I wonder: they're obviously 'instantaneous' but I wonder whether this was three cameras, or one camera with filters and a mirror splitter?

Some of them have colour ghosts which implies the shots must have been taken consecutively. So I'm guessing one camera, three shots in very quick sucession? And asking the subjects to keep VERY still.
www.daveparryphotography.co.uk
twitter.com/TheDaveParry
Top
Post Reply
22 posts